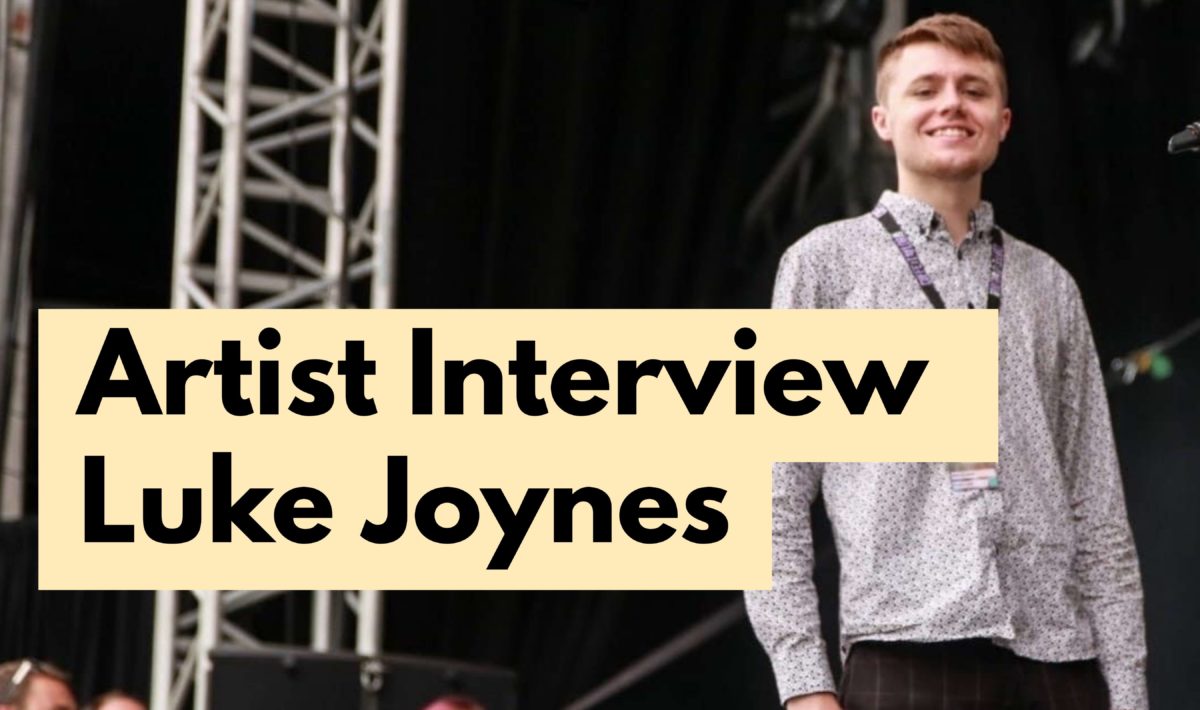 We caught up with Luke Joynes, a young promoter really going places, about adapting to the lockdown and new music.

Hi Luke, how are you coping after what feels like ages in lockdown?

It’s okay you know, I haven’t gone mad just yet! I’ve kind of used this time to completely re-focus on what I’m doing and I’ve actually found this period has been the most productive for me in a long while. It’s been very difficult to plan things for the rest of the year as you can imagine, but we’ve still got lots of new music rolling out and people want to see good content online more than ever.

Tell us about Sucker, what is it and how it’s remained active now that social distancing measures have seen all live shows cancelled?

So Sucker is an all-encompassing music development platform thing. I like to think we can offer a bit of everything – so we manage a handful of bands, promote gigs and tours and help direct bands’ creative vision too. Obviously all our gigs have been cancelled so my biggest project during lockdown has been Sucker Quarantine Fest. Every night at 7pm and 9pm on our Facebook page we have a different artist performing live. We’ve had around 80 different artists perform so far and we’ve had support from BBC 6Music and Clash Magazine, so it’s been really successful. And of course, we’re still managing our bands! We’ve had plenty of single releases, content planning and gig reschedules to sort out, so it’s been full steam ahead there too.

How have your livestreams been going? Have there been any acts that have really impressed you, even through a live stream?

They’ve been getting better and better by the week and our Facebook page likes have more than doubled since we started doing it, so it’s been crazy really. We had Some Sprouts from Germany perform the other night who were great. Alfie from The Holloways was great too. We’ve had some Islanders perform as well, including Goo Lagoon and Tyler Gorman, both of them were awesome. The standard has been really high throughout to be honest, so I hope that people watching have been able to discover something new that they love.

You worked on the Ventnor Fringe a few years back, has any of that experience translated into your work now?

Absolutely! I think the main thing is looking after and liaising with so many artists at the same time. I coordinated the Free Fringe in 2017 and the hardest part was making sure that everyone else knew what was going on, so I guess relaying specific instructions is important when having so many different bands live stream on your social media.

Are there any new acts you are working with that we should know about?

I can’t be too biased here haha so I’m just going to say one band, and they’re called Wrest, from Edinburgh’s Old Town. Think Frightened Rabbit, The National kind of vibes – it’s truly indie rock in its most beautiful, raw form. Scotland is catching on and I think the rest of the UK will follow soon too.

You’ve organised tours in cities up and down the UK, which is your favourite and why?

I think the Deco tour at the end of 2019 was probably the best one I’ve done so far. Maybe because it was the longest and I worked in conjunction with a lot of other promoters on it. But what was so good to see was so many people coming out to see them in cities that I’d never been to before, it was a really fun couple of weeks.

Finally, what is your favourite thing about working with live music and why?

It’s probably the feeling of giving other people a good night out, and, hopefully, creating lasting memories for fans and the musicians I work with. There’s no better feeling than looking around a busy grassroots venue and seeing a couple of hundred people enjoying watching live music together. I miss it haha.

“…There’s no better feeling than looking around a busy grassroots venue and seeing a couple of hundred people enjoying watching live music together. I miss it….”