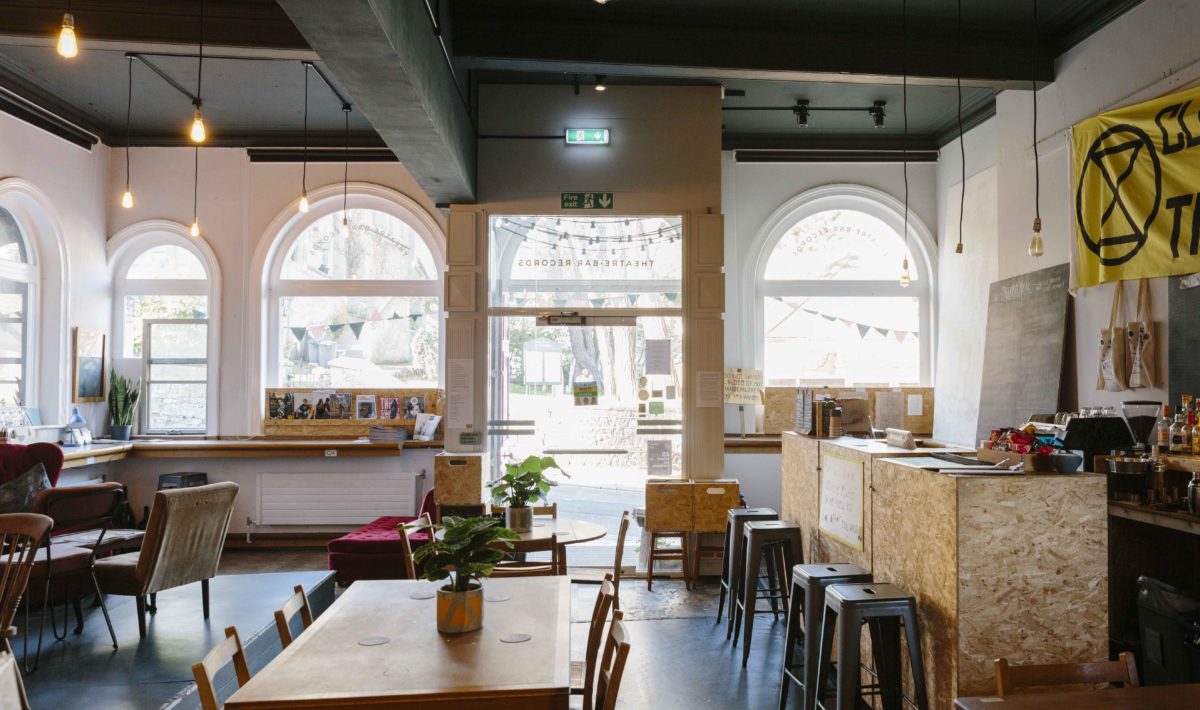 Ventnor Exchange is located in the heart of Ventnor, among a vibrant community of independent business and creative spaces.

Originally built as a Post Office, our building has been re-imagined as a unique creative space. Initially intended as a ‘pop up’ box office for the Ventnor Fringe, it’s now become a permanent venue open all year round.

Alongside fresh coffee and snacks we have a craft beer bar with the biggest selection of bottled beers on the Island combined with a record store with an ever rotating selection of both new and second hand releases. In the evenings we often host live events including a programme of theatre, comedy and cabaret.