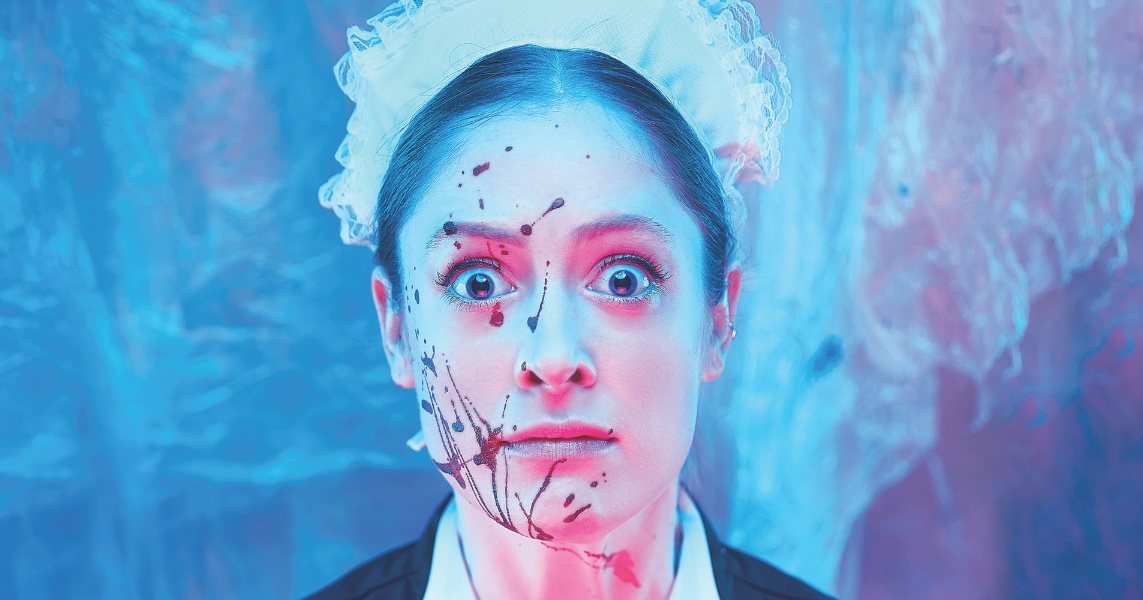 House in association with The Thelmas LADYKILLER By Madeline Gould A chambermaid, a hotel room and a dead woman. It’s not what it looks like, really, it’s not. It was self-defence… and anyway

House in association with The Thelmas

A chambermaid, a hotel room and a dead woman. It’s not what it looks like, really, it’s not. It was self-defence… and anyway the woman was asking for it.

The chambermaid considers herself to be a pretty normal person; she reads books. She pretended to read the party manifestos at the General Election. She’s even read The Psychopath Test and she’s pretty sure she’s not one so…

Ladykiller is a blood-soaked morality tale about power, privilege, and tearing up the gender rule book on psychopathy; a jet-black comedy for the age of the gig economy.

Ladykiller presents us with a genuinely complex and compelling female character, tapping into the feminist zeitgeist in a most unexpected way.

LADYKILLER was delared ‘a smash hit’ after a sell-out run at Edinburgh Fringe 2018 which garnered considerable critical acclaim.

‘a smash hit at this fringe and beyond’
★★★★ Broadway Baby

‘a very funny and refreshingly offbeat comedy from The Thelmas.’
★★★★ The Stage

‘Hannah McClean is superb as the maid.’
★★★★ The Scotsman

The performance is 60 mins with no interval.
Recommended for 14+

Get 2for1 tickets for this show by becoming a Friend Fringe Friend!