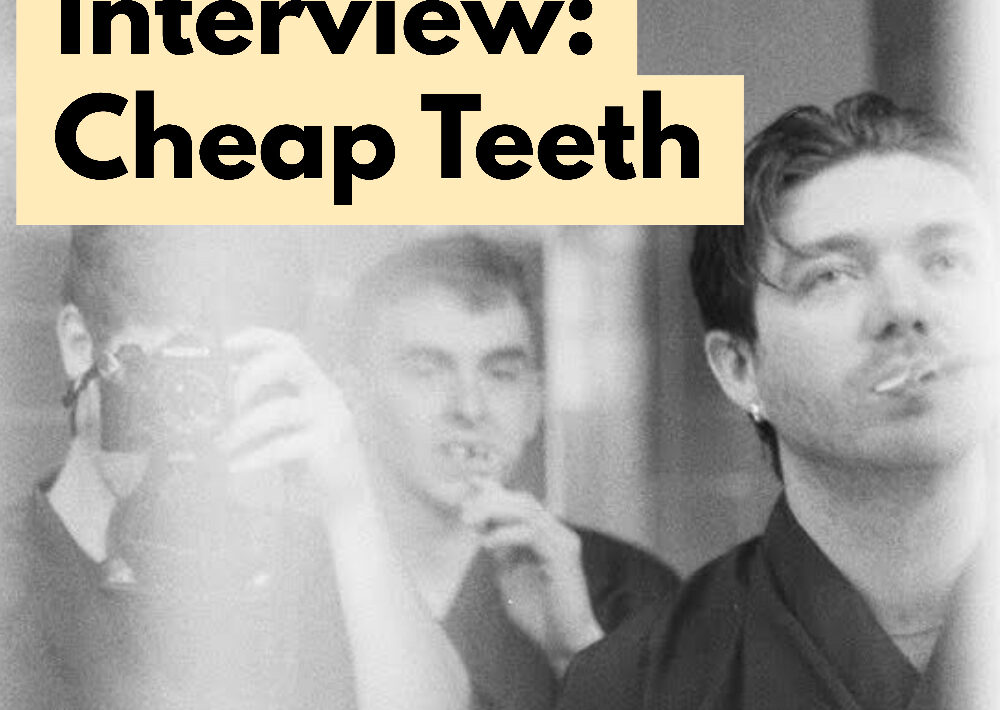 We’re stoked to be working on a new collaboration with Ears Peeled to bring more live music to the Isle of Wight, kicking off with post-punk flavoured Cheap Teeth next Thursday 14th April at Newport’s Strings. Elana Amodio had a chat with the band ahead of the gig. Book your tickets here.

Where does the name “Cheap Teeth” come from?

An online word generator gave us ‘clean teat’. We ran with it.

How did the band first start up? How did you meet?

Two of us grew up together in Halifax (Joe and former bassist Tom). Joe and Joe met at Lidl and we got Sandy on Gumtree. Sharpy was a good mate who joined when he moved up near Edinburgh a few years back when we lived there. Now we live in Leeds.

What artists in history would you want to collaborate with? Townes Van Zandt.

If you were to describe what the band is like and what the vibe of your music is to someone who’s never heard of you before, what would you say? What inspires and influences your music and writing?

Lyrically, inspiration can appear from overheard conversations on public transport, things friends say at the pub, posters, food outlets and writers (such as Ian Banks or Joolz Denby). The list could go on. and that’s definitely part of the fun. You never know what a song’s going to be about. Not until you have to arrange the lines of words, taken from all over the place, that have landed on your lap and form them into something meaningful in relation to the music.

Musically, we all have our own influences. We have our shared icons though, mainly stemming from late 70’s New York punk. Bands such as Television. We developed a lot by being around great bands in Scotland, such as Sweaty Palms and Blue Birds. But we are influenced predominantly by music that takes you on a journey. So, it could be anything from Amyl and the Sniffers to Townes Van Zandt. It depends.

Since the government restrictions have eased so much recently, what are you looking forward to most this year? (what gigs are you most excited for?)

Being back at gigs has been stunning. There’s probably too many we’re going to to be able to shout out any specifics. Seeing Lynks last week was a good way to kick off the days getting longer. In terms of gigs we’re playing, besides obviously playing on the Isle of Wight in April, the ones that stand out at the moment are an outdoor festival we’re doing in Edinburgh, and Gold Sounds in Leeds. They’re two cities that mean a lot to us and it will be nice to see those places in full festival swing once again.

Have you ever been to the Isle of Wight before?

We haven’t, and we can’t wait.

What can we expect from you on April 14th?