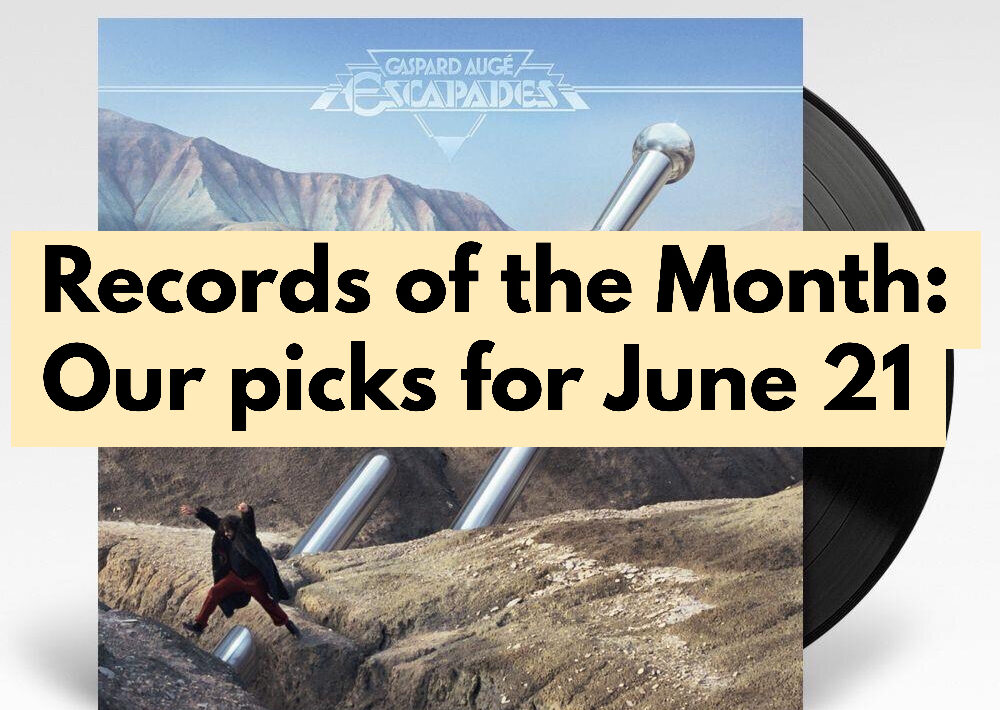 Summer is here and it’s time to find your soundtrack for the season! Here we take a look at our top picks for the best new releases in June. Don’t forget to also check our the last of Record Store Day stock available here

Man Made is the debut studio album from Greentea Peng, one of the most exciting British neo-soul artists of the last few years. The songs move back and forth between soul, R&B and trip hop with a dash of drum ‘n’ bass, the sound of lazing in a city park on a summer afternoon. However, the instrumentation belies the heavier nature of the album’s lyrics, often lamentations of the state of society, and reflections on personal spirituality.

And for all of you audiophiles and LaRouchians who hate the idea of middle C being 261.62Hz, the album was also recorded with all the instruments tuned to scientific pitch.

Man Made was released 4th June 2021, and is available from the Ventnor Exchange store on double black vinyl.

Following the success of his 2017 solo debut Half-Light, former Vampire Weekend keyboardist Rostam Batmanglij returns with his sophomore album, Changephobia. Fresh off the back of producing HAIM’s acclaimed album Women In Music Pt. III, he told Billboard magazine he “was really able to focus” on making his second solo record, and to reckon with themes of the world changing during the COVID pandemic. The single From The Back Of A Cab is very reminiscent of the sound of Contra-era Vampire Weekend, but with the twists of instrumentation that Rostam showed on Half-Light. Clocking in at 38 minutes, this album is a short but sweet burst of sunny, meditative indie pop.

Changephobia was released 4th June 2021, and is available from the Ventnor Exchange store on indie exclusive clear vinyl.

Gaspard Augé is one half of French electronic legends Justice, and this month releases his first solo album Escapades. Released on Ed Banger and Because labels, this French electro-house album is a familiar sound to Justice fans, but a little less heavy, with more emphasis on vintage synths and string sounds. Augé has said that Escapades has been inspired by psych music and Italian horror soundtracks, and this is evident on the singles Hey! and Vox, which have a tinge of both Goblin’s Suspiria soundtrack and Jeff Wayne’s War of The Worlds. This French electro-house

The buoyant and bright lead single for the album, Force Majeure, is the BBC’s official title theme to the delayed Euro 2020 tournament, so you will hear it at some point, and if you want to hear it in full on black vinyl in a lovely gatefold sleeve, it is available to pre-order from the Ventnor Exchange store and is released June 25th 2021.

In the late 19th century in Europe, a social movement emerged that advocated a “back to nature” lifestyle, based around raw food, sexual liberation, and abstention from alcohol, drugs and vaccines. This movement was called Lebensreform (living-reform), and directly influenced the hippy movement in the United States.

One of these hippies was George McGrew, who in the early 1940s moved to California and began playing piano in a restaurant owned by John and Vera Richter, who were Lebensreform advocates and who themselves had followers, mostly men who wore long hair and beards and only ate raw fruits and vegetables. These men called themselves ‘Nature Boys’, and McGrew joined their ranks and renamed himself eden ahbez, moved into a cave, and wrote the song Nature Boy, which he handed to acclaimed jazz musician Nat King Cole. Cole loved the song, and it eventually became one of his most famous hits.

Ahbez continued to write songs, influenced by the nature boy philosophy, for Cole and himself, and by the late 1950s ahbez was writing heavily instrumental music, mainly mixing ‘exotica’ melodies with beatnik poetry, but this achieved little commercial success, none making anywhere near as much of an impact as Nature Boy had. In the early 1960s, ahbez wrote Dharmaland, a full album of this cinematic, proto-psychedelic music, but it was never recorded, and was lost to the mists of time.

Fast forward to present day, and enter Ìxtahuele, an exotica band who have for the first time, sought out and recorded Dharmaland in full. The Swedish musicians have collaborated with some of ahbez’s former bandmates and on the song Manna, one of my favourite artists, Kadhja Bonet. The album is also recorded with some of ahbez’s own handmade instruments. This is a brilliant work, sweeping melodies and swinging afro-cubanesque rhythms, a soundtrack for a place that never existed.

Dharmaland is released 11th June 2021, and is available to pre-order from the Ventnor Exchange Store on indie exclusive double green vinyl.