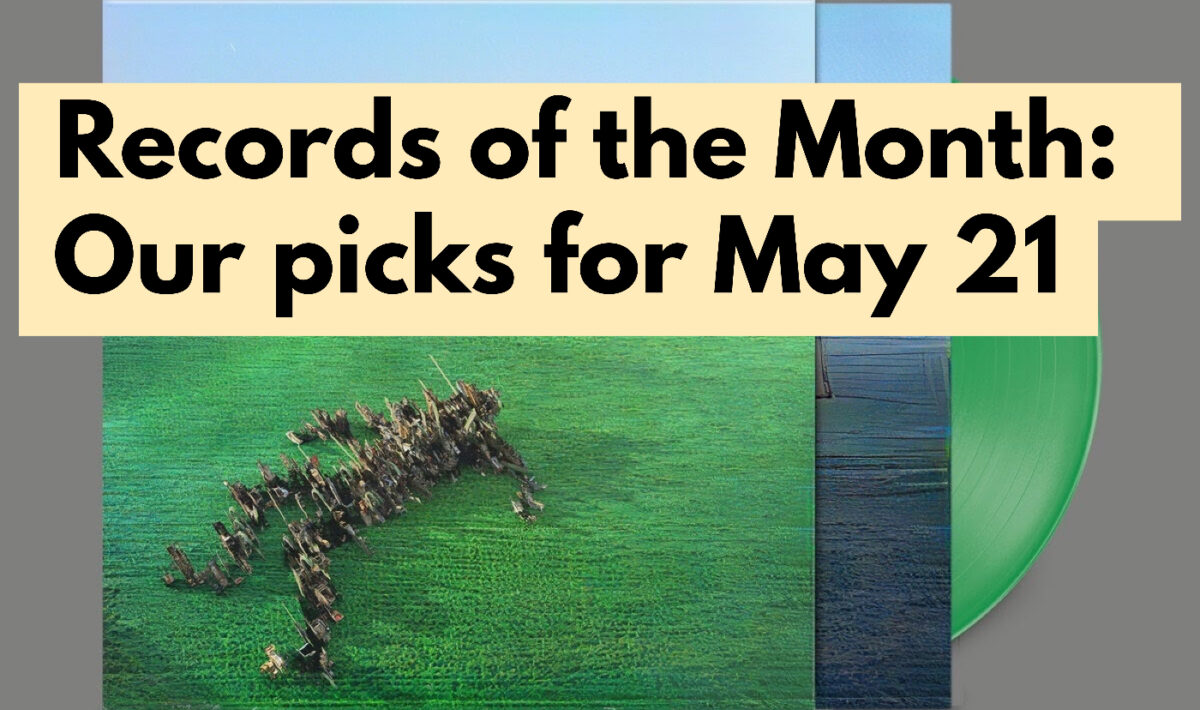 Some very exciting releases this month! Marty is back to give us the run down on his selection of the month’s best upcoming vinyl releases. We’ll be reopening from Tuesday 18th May, but our online shop is also open as normal. You can explore all LP’s available to pre-order here.

The new highly anticipated album from Annie Clark, aka St. Vincent, is a 180° handbrake turn from previous albums Masseduction and the eponymous St. Vincent. Whereas they were characterised by distorted guitars and art-pop synths, Daddy’s Home is a heavily 1970s influenced affair, with warm, soul inspired clavinets and electric sitar sounds throughout. The second single from the album, The Melting of the Sun, is a love letter to the life and tragedy of the artistic women who inspired Clark, and is the equivalent of putting a sepia filter over your ears.

Daddy’s Home is released 14th May 2021, and is available to pre-order on Indie Exclusive Clear Vinyl from the Ventnor Exchange Store.

Another highly anticipated album this time from Brighton post-punk band Squid. After having recorded a special ‘straight to vinyl’ set on Steve Lamacq’s BBC 6Music show for Record Store Day, they now release their debut on Warp Records.

This album has some excellent sound quality, which is unsurprising considering it was produced by the prolific Dan Carey, who has recently worked with the likes of Fontaines D.C. and Black Midi. It’s very easy to lose yourself in the instrumental sections of songs like Paddling and Pamphlets before being brought crashing back to the present by lead singer Ollie Judge’s often frantic vocals. I would say this album is the sign of great things to come from this band, but that’s patronising, because the great thing is already here!

Bright Green Field is released on 7th May 2021, and is available on Indie exclusive double green vinyl from the Ventnor Exchange store.

Think about a piano. The smallest distance between notes is from one piano key to the next, say C to C#. But what about the sounds between those notes? This is the idea of microtonal music, tones that fall outside the boundaries of the twelve notes per octave of standard Western music.

L.W. is the third in the series of King Gizzard albums exploring music made using microtonal tuning, which they fittingly call the Explorations into Microtonal Tuning. Each of these albums is played with instruments that utilise microtones, including many middle eastern ones, and frontman Stu Mackenzie’s custom-made guitar with extra microtonal frets. The result is as brilliant as the rest of King Gizzard’s catalogue, with for me the standout songs being the lead single O.N.E. and Static Electricity.

L.W. is released on vinyl on 28th May, and is available on Indie Exclusive Gator Green 12″ Vinyl from the Ventnor Exchange Store.

Named after a ghostly Japanese urban legend, there’s nothing ghoulish about these Montreal-based psych rockers. The band describes themselves as “reminiscent of 1960’s and 70’s era psychedelic Japanese soundtracks”, and this is pretty spot-on.

They incorporate traditional Japanese instruments into their songs, including the Taishōgoto, a keyed string instrument similar to the autoharp, and the Shinobue, a flute noted for its use in Kabuki and Noh theatre. This combined with singer Maya Kuroki’s floaty vocals makes Teke::Teke’s sound reminiscent of Jane Birkin singing over Jethro Tull (and also a lot like eldritch-themed bands Blood Ceremony and Purson).

Shirushi is released 7th May 2021, and is available to pre-order on Indie Exclusive Red Vinyl from the Ventnor Exchange Store.