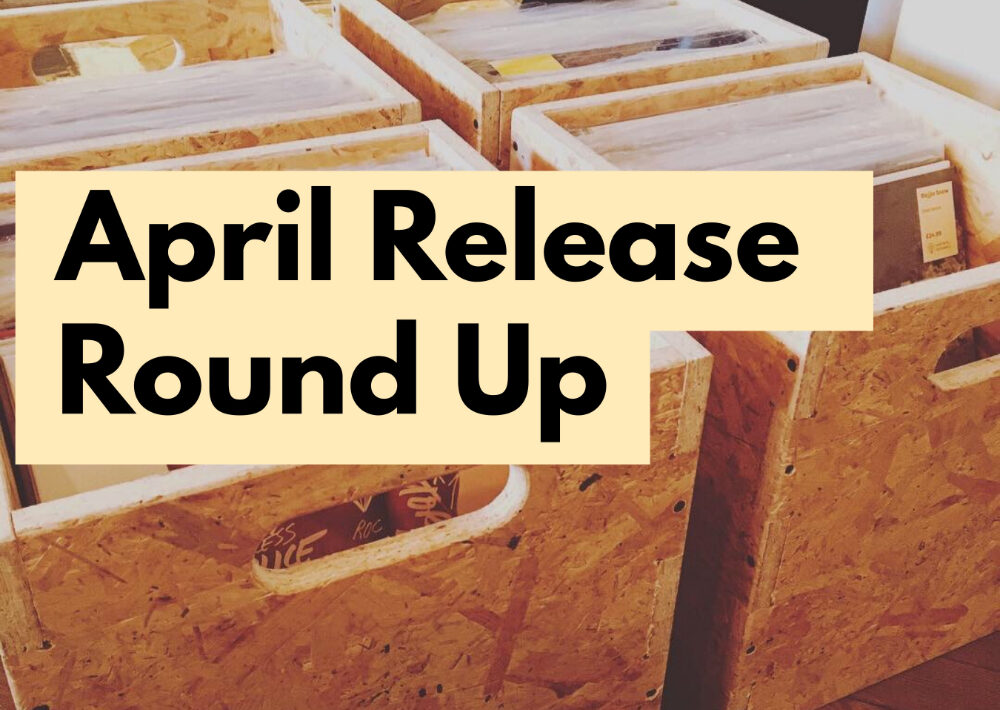 Yeehaw, and welcome to Ventnor Exchange’s inaugural release round-up, where we will take you through a selection of the month’s upcoming vinyl releases. You can explore all LP’s available to pre-order here.

This combined with rest of the band’s restless driving music has drawn comparisons to post-punk pioneers The Breeders and The Fall, but Shaw underlines that this isn’t her main influence, telling The Guardian: “I love all the post-punk music and that kind of delivery, but it’s absolutely bonkers to ignore the fact that the dominant pop music since I was six has been rap. It’s really strange that people don’t acknowledge it.”

The two released tracks Scratchcard Lanyard and Strong Feelings are excellent, and this band is shaping up to be one of the biggest things around.

Born A Loser is the debut full length album from French house artist Quentin Lapoutre, otherwise known as Myd. This album is wall-to-wall bangers, which is to be expected, considering it’s released on Ed Banger Records, the label that gave us the hits of Justice and Cassius. From the pulsing title track, to the funky Together We Stand, this is one for fans of the aforementioned French labelmates, as well as Metronomy and Jungle.

But for me, the standout track is Moving Men, which features the nonchalant vocals of Mac DeMarco, and has been on loop in my head for weeks. This song is the siren call of festivals, beach barbecues, and all the other things that summer might bring.

Nehruviandoom is the 2014 collaborative effort of New York rapper Bishop Nehru and the late veteran rapper/producer MF Doom, which saw Metal Fingers take then 17-year-old Nehru under his wing, producing beats to let the young man’s lyrics shine. Nehruviandoom comes out of the gates with OM, a great song with a dark and quirky organ-heavy backing track, and has other fantastic songs like Darkness and Great Things.

This short and sweet version of the album runs at 27 minutes, with the original skits between songs recut and reorganised for even smoother listening. This version is also great to look at, coming on a beautiful picture disc illustrated by former Adventure Time designer Dan Bandit a.k.a. Ghostshrimp.

Nehruviandoom (Redux) is released 2nd April 2021, and is available on an Indie store exclusive 12” picture disc from the Ventnor Exchange store.

We return to La Belle France for my pick of the month, Paradigmes, the third studio album from La Femme.

If you’ll allow me to tell a story: It is a grey, cold Saturday in November 2012 and I have a ticket to see Maxïmo Park in Portsmouth. I finish my busy shift in the restaurant I worked at, and catch the rocky ferry. I walk from the terminal to Portsmouth Pyramids in my style-less, arch support-less combat boots. On come the support band, La Femme, and my tiredness and foot pain evaporate in a disco wave bigger than any I experienced on the FastCat.

This Biarritz band genre-hop like no other, from surf rock to psych pop, synthy new wave to indie. On their new album Paradigmes, they delve into the energy of cabaret and polka, with large amounts of brass punctuating the floating synths and heady vocals, like a disco in a circus tent.

Paradigmes is released 2nd April 2021, and is available on double black vinyl from the Ventnor Exchange store.