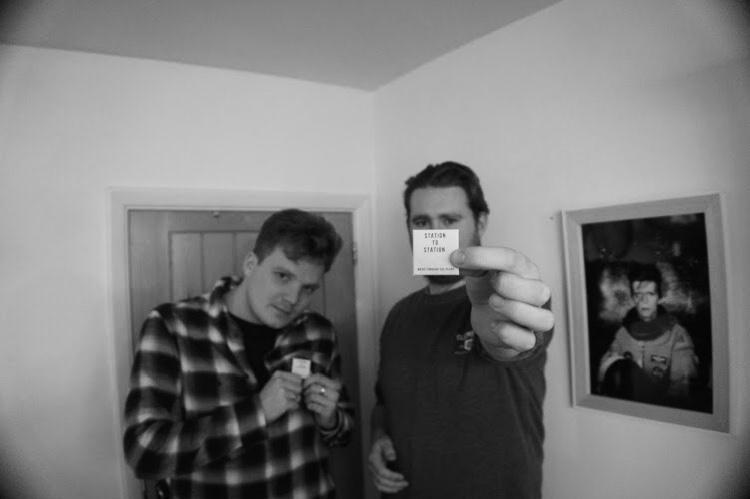 We’re big fans of a good podcast and lately one that has been grabbing our attention is a locally produced project called Station to Station. We sat down with founders Jake and Ralph to find out more…

For those unaware of Station to Station, could you give us a brief summary of the idea behind it and what the podcast is about?

Ralph: basically the premise is that we give guests from the music industry a year and ask them to talk about one album and one single from that year.

As you say, in your podcast, you give your guests a specific year and ask them what their favourite album was. Have you discovered any new music/bands from the process? Any that stand out?

Ralph: I think for both of us it’s one of our favourite parts of doing this podcast. More often than not in series one there would be loads of notable mentions that guests told us to listen to. It’s also prompted me to listen to tonnes of albums I’ve forgotten about, both for research and after the episodes.

Jake: We got recommended an album by the Pixies that I hadn’t heard before, and I really enjoyed that. It’s great when we have no idea what the interviewee is talking about, we just sit there nodding our heads, thinking ‘I can’t wait to check all of this stuff out’!

Are there any other podcasts that inspire you? If so what are they?

Ralph: so many, we both knew we wanted to start a music podcast long before we knew what it was going to be, and that was because we both listen to loads. Adam Buxton is the obvious king, I would listen to him talk to anyone, his interview style is great. Distraction pieces was what introduced me to podcasts, really, and I’ve found loads that I love from there. Hardcore listing, off the beat and track, disgraceland, Richard Herring live at Leicester Square.. shall I stop?

Jake: Like Ralph said, Buxton is the king of the current landscape. I can listen to any of his podcasts, he’s a real inspiration. Originally, I’ll take my hat off to Ricky Gervais and Stephen Merchant though, for the work they did with Karl Pilkington. That was when the whole thing erupted really, so it’s great to have so much content.

What are your plans for the future of Station to Station? When does the new series go live?

Ralph: we haven’t got an exact date in mind yet, but it will be towards the end of February, it just takes time to fit in with the guests and get them all recorded. We’re nearly half way through recording series 2, I think? Jakes the producer, he will probably know.

Jake: I’m hoping we can get a new series out around February or March. The future of the podcast isn’t something we’ve really discussed – we’re just enjoying stepping outside of our comfort zone at the moment and having wonderful chats with interesting people.

We’re nearly at the end of 2018, what’s been your favourite album of the year? Will it stand the test of time?

Ralph: we’ve just recorded our Christmas party episode which will be out on Christmas Eve where we talk about this with all our friends. If you wanna hear me get shouted down for choosing Arctic Monkeys Tranquillity Base Hotel & Casino, tune into that. I think I managed to defend my choice to a point… it will stand the test of time for me, at least. It’s become one of my favourite arctic monkeys albums almost instantly.

Jake: I chose MGMT – Little Dark Age as my album of the year. It was close, but it sums up a certain feeling and I know I’ll get a prang of nostalgia when I listen to the album in years to come.

You can listen to the first series of the podcasts online here or on iTunes and Spotify.