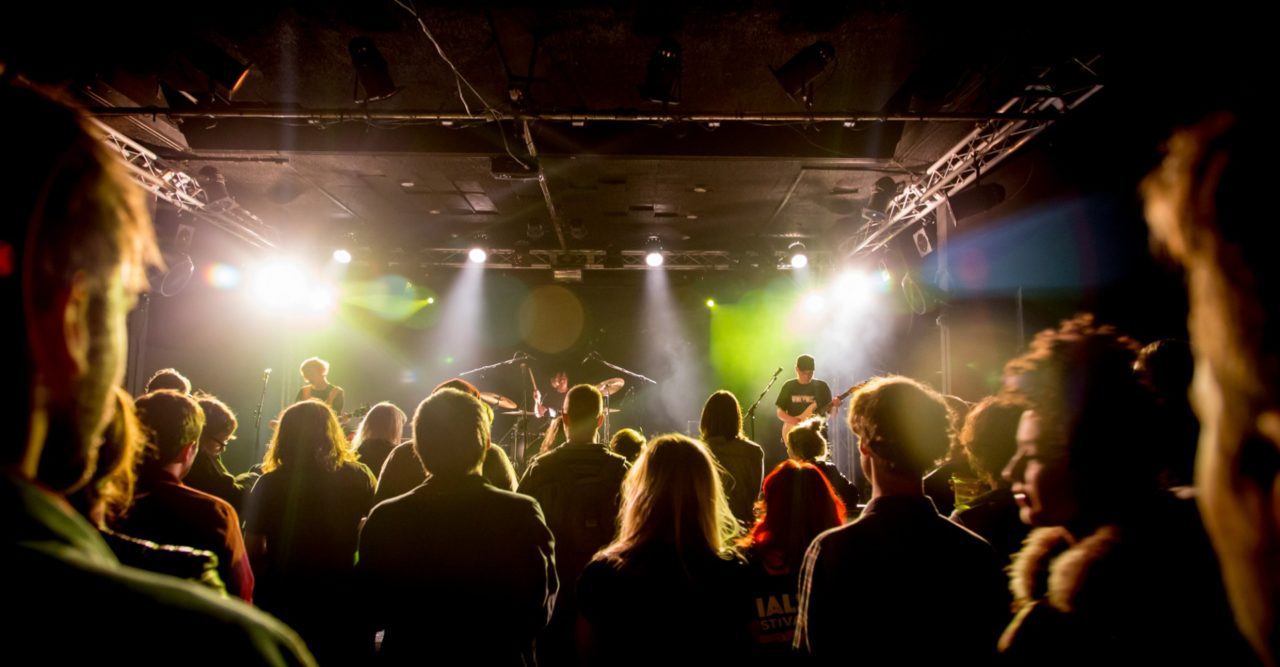 Next month on the 6th October DIALS FESTIVAL returns to Southsea, using venues along the famous Albert Road. We spoke to one of the organisers to find out more…

Hi my name is Robin Seamer and my title is Festival Director. In reality that means getting involved in anything and everything from booking some of the line up to dealing with press enquiries to handing out flyers. Basically whatever needs doing!


For those who don’t know, tell us a little more about dials festival, what can we expect?

Dials is a multi-venue new music festival situated on Albert Road in Southsea. The team who work on it are all volunteers and none of us make any money from the event at all. We all have busy day jobs and so tend to be burning the candle at both ends to make Dials work (hence why I’m replying to these questions at gone midnight). If we make any profit from the festival it is given to our charity partner Solent Mind, who will also be present at the event during the day to raise awareness of the services they offer. It’s the charitable aspect of this years festival that makes it a little different to most multi-venue events.

What can you expect? A bloody good day of new music, hopefully discovering your new favourite band and an absolute guarantee of no mud or being kept awake at the end of the night by somebody snoring in a tent next to you – you can all go home (or to a hotel) to sleep in a nice cosy bed.


What made you want to hold your own festival? How long has it been running for?

It started in 2015 when Southseafest, a larger multi-venue festival that had been running for a few years in Southsea took a year out. A number of music enthusiasts like myself were disappointed that there was no festival so we decided to put on our own, albeit one that was a little smaller.

Some of the team had put on gigs before and worked with Southseafest whilst others like me had no real experience but came on board because of our passion for live music. We also worked closely with Geoff Priestley the manager at the Wedgewood Rooms who was and still is massively helpful, particularly in terms of supplying technical expertise. I run a music blog called Breaking More Waves which has been going for over 10 years and features lots of new music, so I initially got involved helping with suggesting some bands on the line up. In the first year we booked the likes of Fickle Friends, Black Honey, Dream Wife and Alice Jemima who have all gone on to bigger and better things. Whilst Southseafest did return, it only did so for 1 more year and so now we’re on our 3rd Dials event – even though it was only ever meant to be a one-off!

Another important aspect for me in getting involved was that Southsea has a very guitar based scene and whilst there are loads of great guitar bands out there I wanted to bring a bit more diversity musically. So for example this year at Dials you’ll find little pockets of something different, be it four times UK beat boxing champion Grace Savage, dance pop artist Salt Ashes or current 6 Music favourites Frost who sound a bit like Goldfrapp, Stereolab and Broadcast rolled into one. Dials is still mainly a festival that trades on guitar music, but we also like to offer something different within the programme. I’d like to do more of that in the future.

We also pride ourselves on booking a festival where gender is equally represented. I think this year over 50% of our acts feature women – which is way higher than most festivals.


I caught the band Mystic Peach at one of the islands venues a few months ago and thought they were brilliant, they’re also performing at Dials. Can you tell us a bit about them?

I’ve yet to see them live myself to be honest. They were booked by Brad, our chief booker, who is very much our guitar music king – he loves things psychedelic and a bit noisy. Mystic Peach seem to be picking up a bit of underground attention, so hopefully Dials will be a good opportunity for them to grab a few new fans by the ears.


The Island is being represented by our very own Lauran Hibberd at the festival, what do you think of the current music scene on the Island?

Yes and also on the bill from the Island is Curxes who were from Portsmouth but are now firmly based in Ryde. I love the Isle of Wight scene. I’ve been over to the likes of Strings and the Black Sheep for gigs recently and of course even though Bestival has now moved Rob da Bank still lives there. I absolutely adore Lauran, she’s so talented and she’s doing so many great things. I must have seen her 7 or 8 times now and love the way she’s developed from quite folky to a fuzzy indie pop singing sensation. She’s so prolific with her songwriting as well. Plastic Mermaids are also incredible. I’d love to have them play Dials – in fact I did try to get them this year but it didn’t work out. With bands like Jeph, Freazy and Nakamarra to name a few more, the scene on the island seems really healthy right now.

There’s a lot of creative energy coming from Portsmouth & Southsea at the moment, what are your top tips for islanders to check out when they’re in Southsea?


Do you think there are more ways that bands, venues and promoters from the Isle of Wight and Portsmouth could work together?

I’d really like to see this happen. It would be great if there was some sort of cross promotion with bands from Portsmouth coming over to the Island to play shows with Island bands and vice versa. It needs people to make it happen though. Hopefully with Dials featuring Lauran and Curxes and previously we had Champs play as well we’re sowing a few seeds.

Check out the festival website and book tickets HERE

Jack Barnes is a Creative Apprentice at the Ventnor Exchange. You can contact him by emailing: hello@ventnorexchange.co.uk