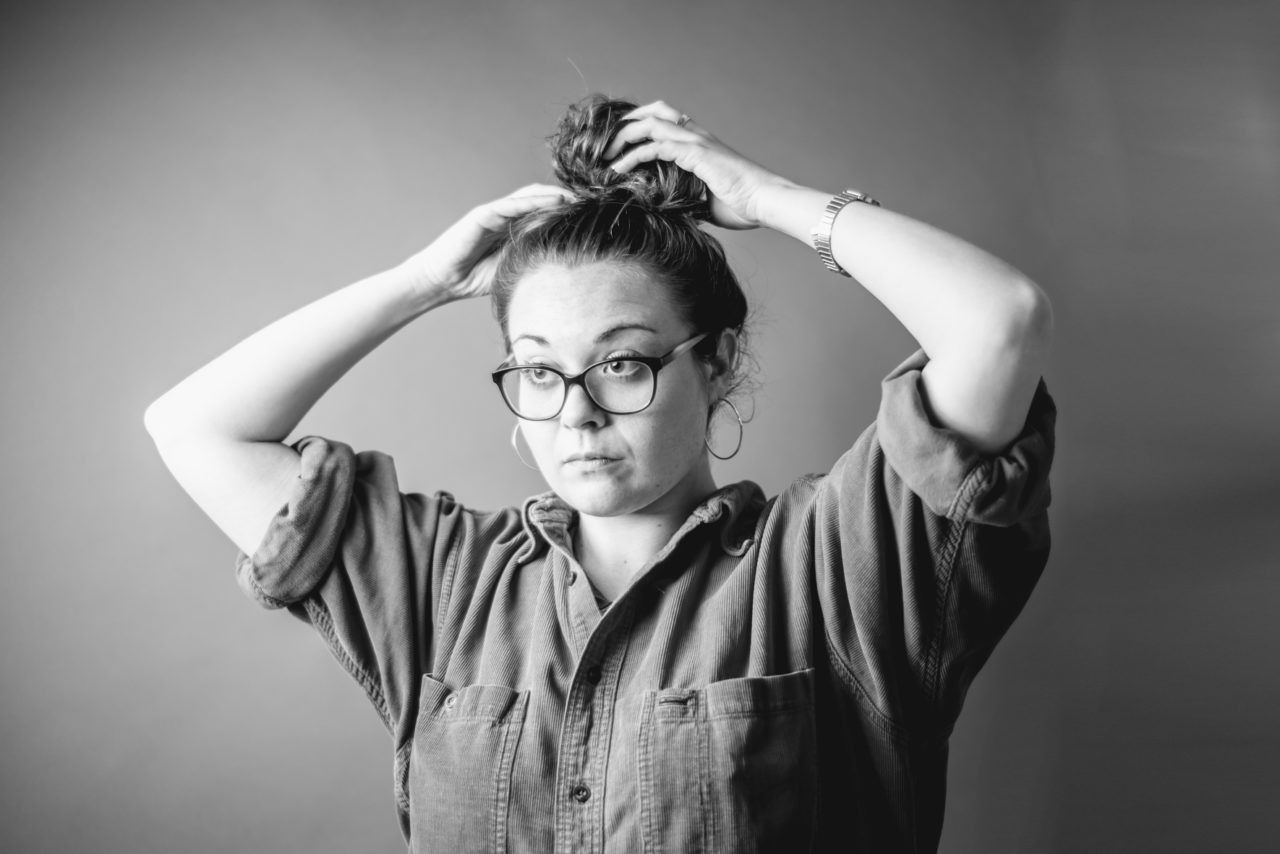 Ahead of her upcoming performance at Ventnor Exchange on the 11th October, Jack Barnes had a quick chat with Maria Ferguson

You’re bringing your performance ‘Essex Girl’ to the Ventnor Exchange on the 11th October. For those who don’t know, give us a few words on who you are and what you do.

So, I’m Maria Ferguson, a writer and performer from Essex. I’ve been writing and performing poetry for around 7 years now. I have been a resident artist at Roundhouse and Battersea Arts Centre and commissioned by Royal Academy of Art, Apples and Snakes and Radio One, but started writing for theatre in 2015. My debut one woman show, Fat Girls Don’t Dance, toured the UK (including Ventnor) and went to the Edinburgh Fringe, where it was met with critical acclaim and subsequently published by Oberon Books. I am currently working on my new show, Essex Girl, which will be at Ventnor Exchange on 11th October, and my debut poetry collection which comes out in 2019.

And you’ve performed in Ventnor a few times before, what do you think of the area?

I love Ventnor! It’s such a lovely place, and has a strong sense of community where everyone knows everyone, which is very different to what I’m used to living in London! The beach is gorgeous and always makes me feel like I’m on my holidays! I’ve always thoroughly enjoyed my time there and am excited to come back!

Your last performance at Ventnor Exchange was your first full length show ‘Fat Girls Don’t Dance’. Are there any recurring themes in this new play?

I think there is, though they’re approached in very different ways. My first show was about body image and my relationship with food growing up as a dancer. Although this show does not focus on these particular issues it very much comments on the expectation and treatment of women in modern day society. It also focuses on stereotypes. In the same way we have a view in our head of what a dancer looks like, we have this almost caricatural image of what an ‘Essex Girl’ looks like, which I think needs to be questioned and explored.
So ‘Essex Girl’ tackles the topic of unfair stereotypes. What made you feel like this was a subject that needed raising?

Before I started writing the show I knew I wanted to write something about where I was from. There are nowhere near enough working-class voices in theatre, and I wanted to tell a story that would be familiar to people like me growing up. It wasn’t until I found out that the term Essex Girl was in the dictionary, and it’s definition, that I started thinking about it properly. Oxford English Dictionary reads,

A contemptuous term applied (usually jocularly) to a type of young woman, supposedly to be found in and around Essex, and variously characterized as unintelligent, promiscuous, and materialistic.

I think the idea was for me to highlight the pressures of this stereotype on young women growing up in the area, how it can affect their lives, and how underneath it all, we’re all the same. What do you want people to take away from your performance?

I want people to laugh and recognise and identify with the text. I wrote this show to be funny and engaging, and essentially a piece of good storytelling, but I also want people to consider the serious questions that lie within the piece concerning consent, expectation and the role of women, especially in the working classes. If the show sparks conversation/debate in the bar afterwards I’ll know I’ve done a good job.

Thanks a lot Maria! Finally, what three words would you say best describe your piece?