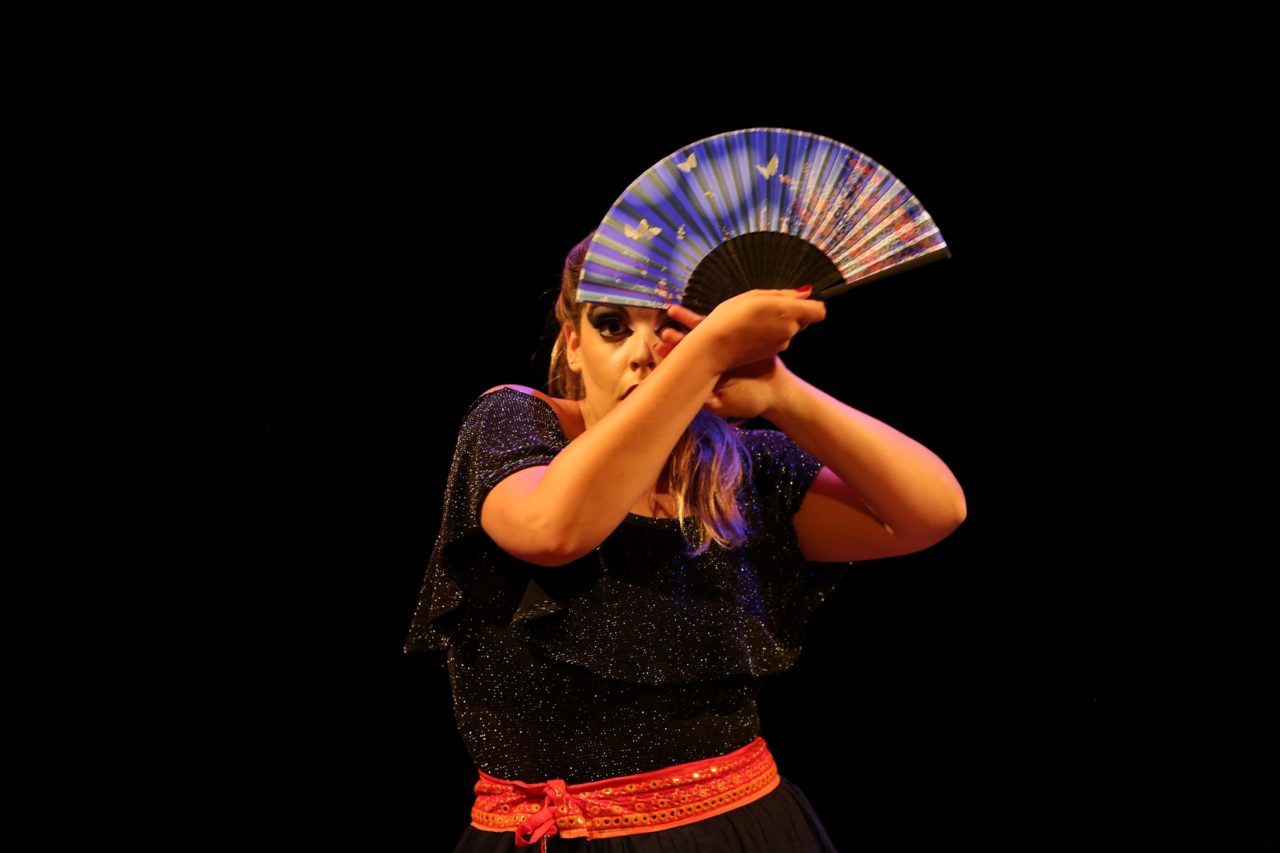 With so many shows on offer at this year’s Ventnor Fringe, we thought we’d find out more by talking to some of the artists making the trip about what we can expect. First up Franko Figueiredo, Artistic Director of StoneCrabs Theatre

Hello Franko! Your bringing not one but two shows to the Ventnor Fringe, that’s ambitious! Tell us about the two plays you’ll be presenting.

Ambitous and highly risky, but very exciting to bring international work and artists to the Island. Our shows are Tieta, The Trial and Some Kind of Love Story.

Tieta, The Trial examines the concepts of revenge, justice, greed and equality in a witty and subversive way, using storytelling, live music and dance.

It is performed by the multi-talented and versatile Inês Sampaio, who sings, dances, narrates, and performs each one of the characters. From being hounded from her hometown in Brazil for being different, Tieta overcomes many obstacles and becomes a millionaire. She regularly sends money back to support her family and the local community. There is uproar when the money abruptly stops and, assuming the worst, the townsfolk and her family scheme to inherit Tieta’s fortune. But Tieta is on her way home with a million to spend on justice, but what is justice?


Some Kind of Love Story on the other hand is Arthur Miller’s play with the 50s film noir genre to examine the themes of justice and the search for truth through the former lovers Angela and Tom.

Tom is a private detective, ex-NYPD member trying to crack the Epstein case. He is convinced Angela hold the key to the innocent Felix’s release from prison. But Angela will not tell. Is Tom ready for the truth? Miller’s characters confusing and crumbling relationship mirrors that of his own country.

Tieta, The Trial poses an interesting question. When someone has been the victim of prejudice or an injustice should we seek revenge? What made you choose to tackle this subject?

Yes, and that question alones provokes many others in turn – so Tieta, The Trial takes on a lot of big questions in a dark comic manner, and we felt really drawn to tell this story on the stage because of its big themes and how they are present in our daily lives.

Tieta, The Trial is, ultimately, about how the power of money subjugates our contemporary society. Tieta, The Trail is an adaptation of the novel by Brazilian writer Jorge Amado, published in 1977. Our stage version has been in development since 2015; the more we worked on it, the more we felt that the script poses very important questions, particularly at our current times where cynicism seems to be leading to much selfishness and separatism.

This is the story of an immigrant in search for kindness in humanity, but what they find is that people, not money, is the real source of evil.


Some Kind of Love Story on the other hand is a lesser known play of Arthur Miller (The Crucible/ Death of a Salesman) what drew you to this particular play?

StoneCrabs is all about introducing unknown world stories to UK audiences, and this little gem by Miller was on the pipeline a few years back, but the project has only just materialised.


This is StoneCrabs Theatre Companies first trip to the Ventnor Fringe. For those who have never heard of you, how would you describe your work?

We are heavily influenced by European and Japanese theatre, so our work tends to have charged physicality and strong imagery. When creating Tieta, The Trial we were inspired by Japanese minimalistic performance art of ‘rakugo’ and for Some Kind of Love Story we used movement work inspired by Austro-Hungarian Laban and French practitioner Lonis.

Your traditionally based in London, but now looking to work more on the Isle of Wight. What do you think makes the Island an attractive place to make creative work?

Three things makes the Island an attractive place for me to make creative work:

and the promise of never being far from the sea.

It’s also very rewarding to be able to bring a different type of theatre to an Isle of Wight audience, who would normally have to travel to mainland cities to see it.

Is there anything else at the Ventnor Fringe your looking forward to watching?

I’ll try to catch as much as I can. I’ll be definitely watching past StoneCrabs Young Directors graduate shows: Misfire, Boxman and Tropicalia Island, and also hope to fit in Tiresias, The Asylum Monologues, Jegere’s Eri and Died Blondes.

Can you sum up in five words why we need to see these plays?